Award winning singer/songwriter Randy Lewis Brown, despite being well past his prime and having an early bedtime, can still take an audience on a magical journey of discovery with his story telling and songs. Hailing from what he describes as the Upper East Side of Texas, his songs are tightly packed with sadness, wonder, joy, humor, philosophy as well as a tiny tad of that subtle southern smart-ass. With guitar, mandolin and voice alone he will guide you through his rich inner world and you will find yourself in the exact spot where the wide open spaces of the West meet the mossy confines of southern pine forests and mysteries are laid bare.

This record was recorded live back in 2017 in Salado, TX as part of a video shoot. I am really proud of the live performances so decided to release it as a live album. I have a very limited quantity of CDs for $10 each - Contact me regarding purchase via email - randy@brownrandy.com . It will be released at the same time to all streaming platforms, so please check it out at your favorite one. 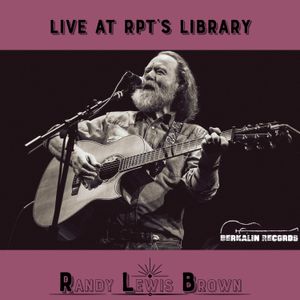 FALLING MAN, a song and accompanying video inspired by Richard Drew's terrifying photo from 9/11will be available on YouTube and all streaming platforms, in remembrance on the 20th anniversary of that terrible day.

Links to the music and videos will be posted here on September 10. Here is the cover art that accompanies the release. 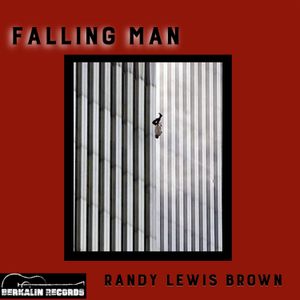 I can't believe it! After 26 years of dreaming of a Kerrville New Folk Finalist slot at the Kerrville Folk Festival, I finally made it. Bucket list item checked off. Please tune in to the virtual competition on Saturday May 22 and Sunday May 23 at 7pm Central for some of the finest songwriters around. What an honor!! I am excited beyond excitement.

I was also lucky enough to be a finalist in the Great River Folk Festival Songwriting Contest in Wisconsin. This year has been amazing.

Plus, I have been invited to be part of the 1st Annual Yellowstone Songwriters Festival in Cody Wy September 9-11 2021. This is a live event. I am honored to have been chosen as of the Rising Star Songwriters for this event (at my age it should be setting sun) and will perform all 3 days of the festival. This is a LIVE in person event in a jaw droppingly beautiful part of the country so take some vacation and let's hang out. Like I said, WOW! What a year.

Glide Magazine premiered my new single "Desoto Parish Nights" and accompanying video. Below is a quote and a link to the premiere and review.

"With a gritty directness and a quiet strength, Randy Lewis Brown has been the voice of reason for quite some time. Just add him to each of our own never-ending lists of artists you must hear during these trying times."

New Music On the Way

HAPPY NEW YEAR and good riddance to 2020. Hopefully 2021 will see our future and fortunes improving in every way. After 2020 it won't take a lot. January 15 will see the release of a new Digital Single available on Spotify, Apple Music, Amazon Music and everywhere fine music is streamed,  a studio version of my award winning song; Desoto Parish Nights along with an accompanying video. I shot the video at home during December on my Iphone and added photos and video from my childhood years and edited it together with my new video editing discovery DaVinci Resolve.  Which for any of you interested has a free tier and does MUCH better than IMovie, The video will be available on my Facebook personal and Music Page (RANDY LEWIS BROWN) as well as my YouTube Channel and here on my website. Hopefully, things will get back to normal and you'll se others and myself hitting the road to share our music with you live in 2021. Fingers crossed on that. Also I will be releasing a new digital single each quarter of 2021 culminating in a new album, tentatively titled LONG DRY SEASON in 2022. I hope to see you all somewhere this new year. Stay safe, sane and healthy. 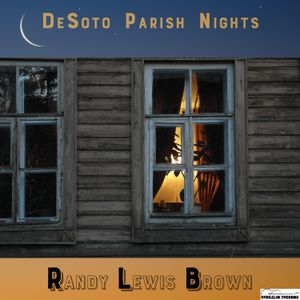 I am very proud to announce that I have been selected, along with 9 very talented artists to be featured as a Falcon Ridge Grassy Hill Emerging Artist for the 2020, FALCON RIDGE 2020 SHARE & SHELTER IN PLACE FEST. Yes, for those of you who know me it is a little late in life to be emerging but better late than never I guess. The virtual festival (due to Covid 19) will be Thursday July 30 thru Sunday August 2nd, There is a link below to the festival website to get specific schedules and information,.

A song I wrote back in January and almost put away because of it's honesty about my own life has won the 2020 Woody Guthrie Fest Song Contest. While every acknowledgement of the value of my art is appreciated, this honor has a very special meaning to me. This song, Desoto Parish Nights, was written as a biography, a history of the the 1950s south and an confession of my own part in the wrongs done there. It is truly humbling to have it chosen for this honor. Below is a free link to listen to the demo on Soundcloud. The song has not yet been professionally recorded or released.

I have received the honor of being named as a finalist in the 2020 Red Lodge Songwriting Contest in Red Lodge, Montana on Saturday August 29th. Originally the festival was schedule for June but has now been re-scheduled for late August, quarantine permitting. There are 20 finalists and we will competing to win prizes and a featured slot in the 2021 festival. Wish me luck!!

I hope you aren't ready either. We are gonna get though this and be better and stronger for it. Hang in there friends and lets beat this thing like we know we can. We have been handed challenge that doesn't care are race, gender or political affiliation. This seemingly terrible thing might be the very thing that can bring us together, I sure hope so.

How to get an I'm Not Ready Yet wristband: go to my PayPal Link paypal.me/brownrandy Leave $2 for each wristband you want and leave me your mailing address. I will send it to you ASAP and any funds remaining after postage will be donated to MusicCares - a charity set up for music artists to help them though times such as these. Thanks

January 11, 2020 -  I am very pleased to announce that I have been chosen to perform at the Tucson Folk Festival April 3-5.

This will be my first performance there as well as my first trip to Tucson. Looking for shows to fill up dates before or after. Ideas and offers are welcome.

December 17, 2019 - I am very pleased to announce that Jim Hynes of Making a Scene music blog has chosen RED CROW as one of the top 20 Roots/Americans records of 2019. His review is below.

"Randy Lewis Brown is another in the gifted group of Texas singer-songwriters full of poetic flair and engaging narratives." Jim Hynes

Interesting review from Mike. He talks about how the record feels rather than sound. I love this kind of stuff.

"A listen with strong, vivid imagery and incredible musicianship, Randy Lewis Brown has been at it for 5 decades now, and it certainly shows in his stirring, calculated and instantly memorable song craft."

"Originally from Shreveport and raised in Texas, it seems natural Country music would be in Brown's blood. Yet, however, Brown is also a magnificent storyteller. He weaves tales of despair and redemption, loneliness, and sings about times past."

October 15, 2019 - Check my homemade videos for Not Ready Yet, October Again and One Horse Town from RED CROW. Soon to be released as videos are Barlow Road and Red Crow. Click on the video tab or the link below http://www.brownrandy.com/video/

Aug 28 2019  - Red Crow is doing very well and getting quite a bit of chart love even before it's release.

It is up to #34 on the Roots Radio Top 50 Americana/Country Chart. Really excited to see this!

JUNE 20 2019: It’s getting closer and I am getting excited for you to hear what we have created.  We are in the first stages of releasing Red Crow. Radio promotion to folk and Americana radio is in progress by Bill Wence Promotions. Keep your ears peeled this next month to Americana, Folk and college radio and you might hear a song or two off the album.  I am also announcing the official release date with a short video featuring the album art as well as a tad of the title song.

Let me know what you think. More info coming soon.

JUNE 2019 - I am very happy to say that Berkalin Records - http://BerkalinRecords.com - officially announced my affiliation with their wonderful boutique label. I am thrilled. The official release date for Red Crow is September 27 2019. I will be releasing singles this summer and radio promotion will begin in June. You may hear a track or two on you local Americana/Folk station this summer. If so please let me know.

March 2019 -Big news!! I am really excited, we have finished mixing my new 13 song record, RED CROW.  Legendary drummer Merel Bregante of Loggins & Messina produced it and I believe it is the best thing I have ever done. I won’t be releasing the record until fall but will be releasing a couple of singles from it this summer. So stay tuned.

August 2018 - Recording has begun on my newest release, tentatively titled; HARD TRUTH and GOOD LIES. Work is ongoing at Merel Bregante’s marvelous Cribworks Studio in Liberty Hill, TX. I expect to release my first single from the record early 2019 with a full record release to follow soon thereafter.

July 2018- I am honored to have received honorable mention for a 3rd time at the Woody Guthrie Folk Festival in Okema, OK.

January 2018 - very excited to have been selected as a winner in the South Florida Folk Festival in Fort Lauderdale. Even more excited and honored to be appearing main stage in the January 2019 Festival. 2019 date to follow when available.